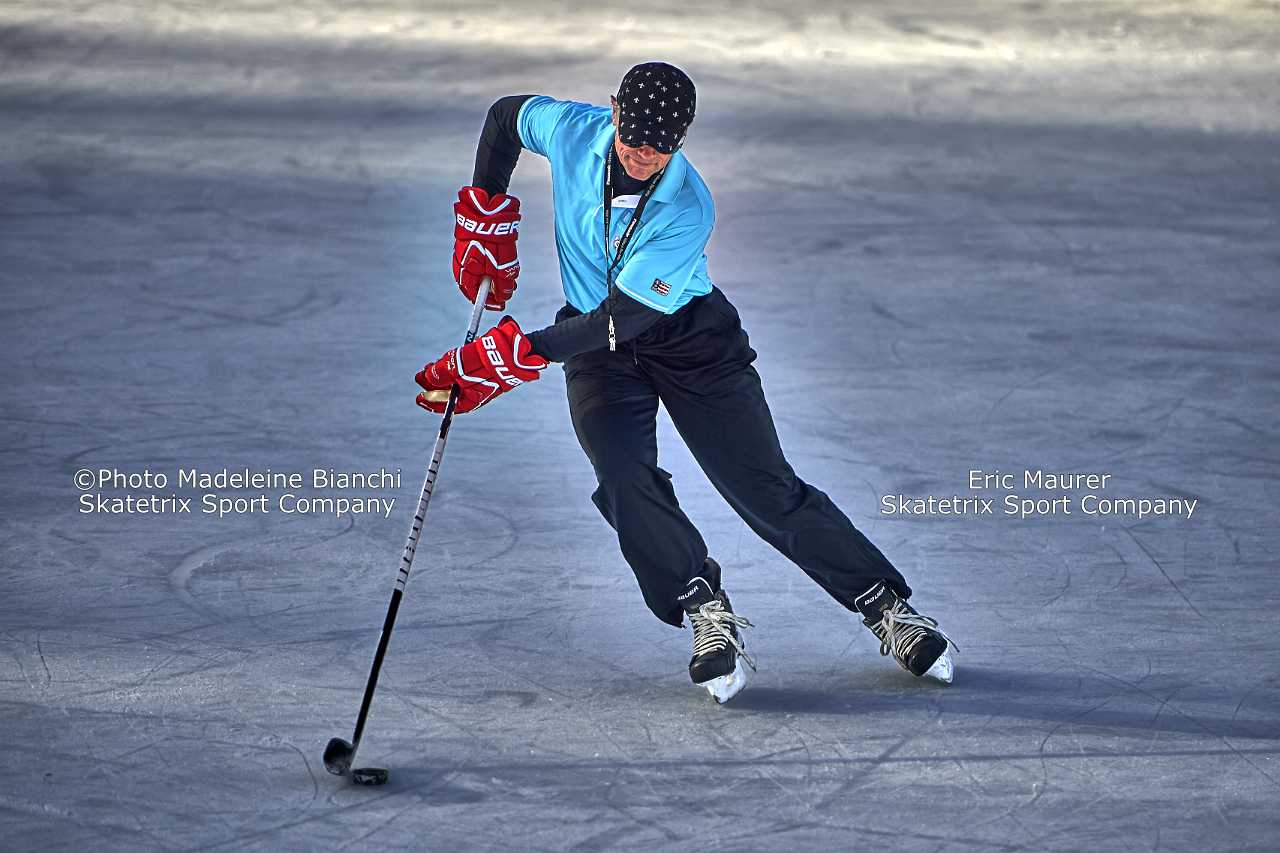 Ice hockey boards were stiff, solid board walls that did not give a millimetre in a collision.

Skates still had leather shafts.
Their blades were fixed on two steel supports, which were riveted to the sole.

Hockey sticks were still made of wood.
Made in Canada or Finland by manufacturer like Hespeler, Sherwood or Koho.
Hard shots and one-timers, as with today's carbon fibre sticks made in China, were then simply impossible!
A wooden hockey stick blade would have broken off, or would at least have twisted in such a way that the puck would have jumped over it!

Gloves were made of leather and made by Cooper.
The player's thumb was protected with a stiffening called Armadillo.

Protective equipment was more like a medieval knight's armour, but no longer made of sheet steel, but hard, stiff fibres.
Very uncomfortable to wear during a game!

A RULE THAT SLOWED DOWN GAMES!

When the then applicable rule of Red Line Offside made the game much more complicated and thus much slower than today's games!

Something very special were games on open air rinks!
Especially when snow fell during a game!
Very amusing for spectators to watch how players were poking around with their sticks in snow heaps to find the puck!
Sometimes, such a game was interrupted every 5 minutes to plow the fallen snow away off the rink!
Quite annoying for the players!

THOSE WERE THE GOOD OLD ICE HOCKEY DAYS, MY FRIENDS!